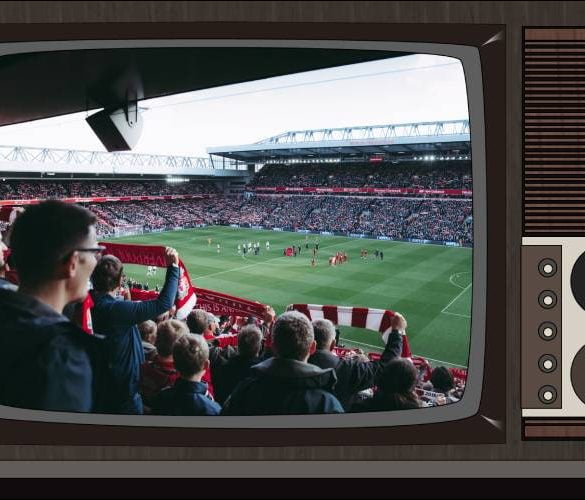 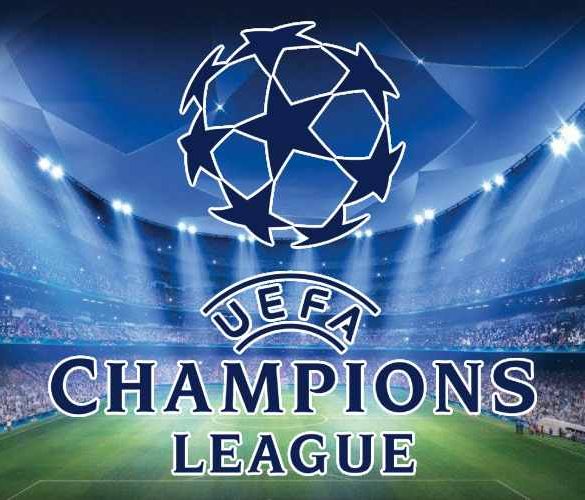 We have compiled UEFA Champions League betting tips and predictions for the upcoming season to guide you through a sensational year of European football. Don’t miss out on the opportunity to get free exclusive tips to boost your chances!

Before we dive into the most interesting Champions League betting markets, best odds and the online bookmakers to wager bets on UCL, let’s talk about the format and the fixture! UCL was introduced as Coupe des Clubs Champions Européens (French for European Champion Clubs’ Cup) in 1955. Back then, it was actually for the winners of the European football leagues. Nowadays, it is a much bigger competition with the best teams of the national leagues. It is rather a complete European league than a tournament.

There are a total of 79 teams participating in the tournament. 32 of them make it to the group stage. You don’t have to wait for the group stage games to kick off in order to be a part of the excitement. You can start betting on the UCL games at the end of June when the preliminary games start. Check out the best online bookmakers to bet on football to get started!

Once the group stage draw is complete, the 32 teams are divided into 8 groups. Each group contains 4 teams. The teams in the groups play against each other twice home and away. After the 6th match week the top 2 teams from each group proceed to the knockout phase. The teams on the 3rd spot gain the right to join the Europa League competition.

The knockout phase (Round of 16), the quarter finals and the semi finals are played in 2-game format (home and away). However, the final is played as a single game at an impartial venue. The final venue is announced way before the season starts, therefore, the team that plays in that stadium might also reach the final. But, it is still regarded as an impartial venue.

2022 UCL Final is in Saint Petersburg

The 2021/22 UEFA Champions League winner will be crowned at Krestovsky Stadium (a.k.a Gazprom Arena) in St. Petersburg. The stadium, which is FC Zenit St. Petersburg’s home, has a capacity of 67,800 spectators. The massive and super-modern stadium hosted some of the 2017 FIFA Confederations Cup and 2018 World Cup games as well. We can safely assume that the atmosphere will be spectacular at the Krestovsky Stadium. 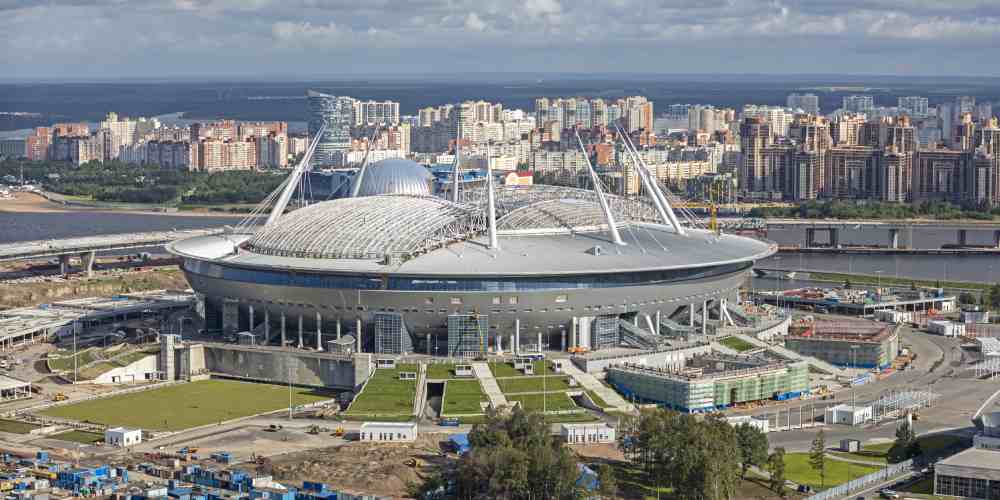 Here is the schedule of the tournament:

The most popular long term Champions League bets are the outright winner and the top goal scorer. But, the pre-match and live betting markets are abundant. 1×2, goal scorers, both teams to score, Asian total, next goal, penalties, cards, goal minutes, goal intervals, winning margins, result in a certain minute and many more UCL betting markets await at the best online bookmakers to bet on Champions League.

The most successful team in the history of the UEFA Champions League is Real Madrid. They have 13 UCL trophies in their museum. Nevertheless, this year may not be the lucky year for them. According to the best online sports betting sites, a team who has never won the cup will be crowned as the winner in the upcoming final. In fact, there are quite a few teams ahead of Real Madrid in the 2022 UEFA Champions League Winner Odds table. 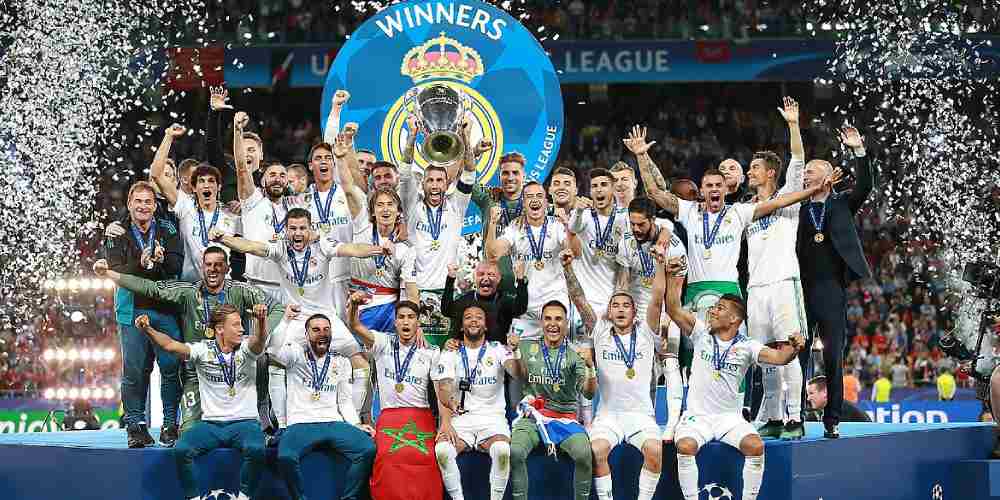 Here is how the 2022 UEFA Champions League favorites table look like at the moment:

Cristiano Ronaldo’s record of 135 Champions League goals remains unbeaten. Lionel Messi follows CR7 with 120 goals and Bayern Munich’s Polish star Robert Lewandowski is right behind them with 73 goals. We can safely assume that these 3 will be listed among the top 10 potential goal scorers by the best online bookmakers to bet on Champions League. 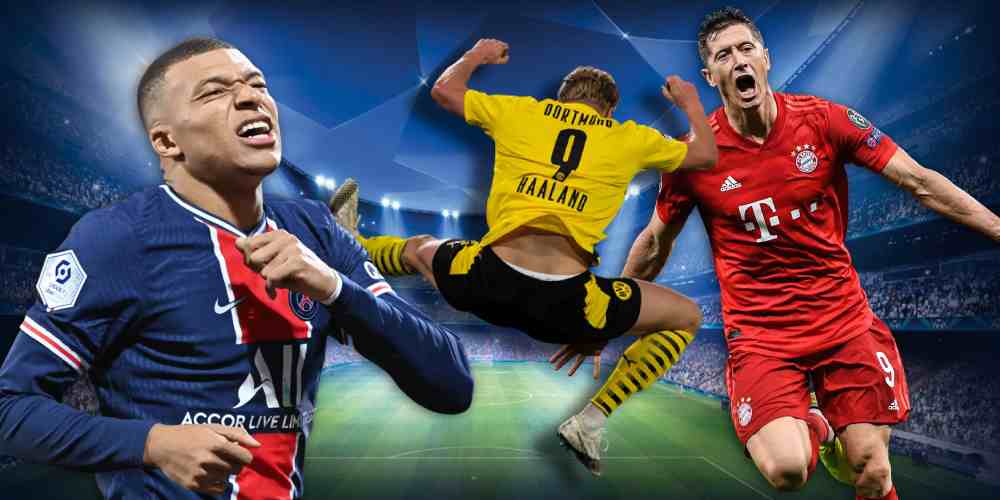 Lewandowski, Mbappe and Haaland are the biggest contenders to be the UCL top goal scorer this season

Our prediction is that Robert Lewandowski will get the lowest odds to be the 2021/22 UCL top scorer. Bayern Munich will be even stronger with Julian Nagelsmann as their manager. They also replaced David Alaba with Dayot Upamecano who is younger and more athletic. They are among the contenders of the tournament. Lewandowski will be leading the team unless he suffers from an injury.

Erling Haaland is our second favorite after Lewa to be the 2021/22 UEFA Champions League top goal scorer. Borussia Dortmund have brought Marco Rose as their new manager. He did a fantastic job at Borussia Mönchengladbach. It wouldn’t be a surprise if they reach the Quarter Final with such a great manager in charge. Rose will want to take advantage of the explosive powers of Haaland.

Kylian Mbappe announced that he’d stay at PSG. That might be a wise decision for him as the Parisian team have brought such stellar names to the team recently as Sergio Ramos, Achraf Hakimi, Georginio Wijnaldum, Gianluigi Donnarumma and Danilo Pereira. There will be plenty of names to help him score as many goals as possible this season. It won’t be a herculean task for him to beat his previous number of 8 goals.

The Best Online Bookmakers to Bet on UEFA Champions League

The best online bookmakers to bet on UEFA Champions League include 1xBet, BetWinner, Marathonbet and Neo.bet. We reviewed all of them in detail so you can simply visit their respective review pages and find out more about the betting markets, payment methods, bonuses and promotions that they offer. We only list online betting sites that hold proper licenses from a legitimate and prestigious gambling authority. The bookmakers can expect players only from certain countries depending on what license/s they hold. Therefore, it is important to check the reviews before deciding where to bet on UEFA Champions League online.

All of these online bookmakers offer quite a lot of betting markets (both pre-math and live) for Champions League. Therefore, you can simply choose the one which meets your expectations the best. You should also take a look at the online bookmaker betting bonuses to start your journey with a lucrative bonus offer.

We’ll publish articles about the best Champions League betting odds throughout the season. Take a look at this Champions League Betting Tips section before the games to find the best odds with an honest odds comparison.

How to Stream Champions League Matches Legally for Free

Most of the Champions League online streams are either paid or illegal. The illegal ones usually offer a horrendous experience as the stream keeps freezing in the middle of the action while your firewall keeps showing malicious attempt warning. Well, there is a free solution for that. You can watch games online at the best live streaming bookmakers.

In order to watch live streams at such online bookmakers, you need to have an account. Opening an account at online bookmakers is totally free. You may need to verify your identity in order to be able to use functions like live stream and top up your account if you’d like to wager bets. Once you have a verified account, you can head to the page of the game and start enjoying the stream in high quality. However, you should keep in mind that they don’t make streams for all the sporting events. You’d better check the streaming schedule beforehand.

What kind of Champions League betting tips article would be fun without mentioning the fun facts? None. So, we’ve compiled some mind blowing facts about the UEFA Champions League. Let’s begin!

After the tournament kicked off in 1955, Real Madrid won the first 5 editions in a row. Perhaps, it took some time for the other teams to get used to the tournament. No other team has had such a streak ever since. Los Blancos are still the most successful team in the history of the tournament. They bagged the trophy 13 times.

PSV Eindhoven won the tournament by winning only 3 games in normal time in 1988. They beat their opponents with away goals and penalties only. They must have pissed quite a few football fans off back then.

The Champions League has its own anthem written by the British composer Tony Britten. You must have heard it a million times already. This epic masterpiece is probably more popular than all the national anthems.

Celtic won the competition with local players in 1967. They were all from the same region; so they were practically friends from the school or the neighborhood. They grew up together to win the Champions League. Incredible story really.

How many of these crazy facts did you know about?